Across our country and the globe, millions of people came together to march against Donald Trump and the racism, misogyny, xenophobia, homophobia, transphobia, islamphobia and more that his presidency represents. I was one of those people. I made the last-minute decision to attend the Women’s March in Washington D.C. after much deliberation.

I was on the fence about whether I’d march in D.C. because I followed the critiques and concerns about the Women’s March made by many women of color at its inception. I followed as the organizing efforts made strides toward intersectionality relatively quickly. The reigns were handed over to three reputable and experienced activists who are women of color and when they released the march’s platform, it was unapologetically inclusive (mostly). 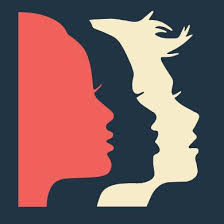 Despite these positive changes, I continued to hear women of color, both my friends and activists I follow, share they felt excluded from the march. As someone who has not participated in many protests in the past but cares deeply about racial justice, I felt paralyzed about how to proceed. Do I march? Do I not march? What was the right course of action to take?

While I am not a protestor historically, I have been trying to show up in other ways. I’ve been learning and writing about the intersections between social and racial justice and parenting, I donate to local and national organizations who support social and racial justice initiatives, I participate in a social justice book club and I am a burgeoning parent organizer. Despite these efforts, I’ve remained hesitant to attend protests.

Throughout my life, in history books as well as the mainstream media, protest has been conflated with violence. When I think of protests, I think of tear gas, water cannons, baton sticks, bricks thrown, fires set. I’ve been shown images of violence in relation to protests all of my life and it’s scared me into staying home.

So why was the Women’s March different? Why was I willing to attend this march but not, for instance, a Black Lives Matter protest? These were the questions women of color were asking, and they were important.

The answer, for me, was two-fold: 1) I felt personally attacked as a woman during Donald Trump’s campaign and 2) I knew the Woman’s March would likely be peaceful. I knew the protest would be heavily attended by folks who were just like me: white, cis, upper class women. We were not going to be tear gassed by police. We were not going to be provoked or antagonized. Attending the Women’s March was not a great physical risk, it was a political statement.

This realization was painful to admit to myself and as I shared above, it gave me great pause about whether I should attend the Women’s March at all. On my best friend’s urging to “make a damn decision”, however, I decided to book my travel. I wanted the march to be largely attended and to send a message by the sheer volume of its size. But as my friends shared their reasons for protesting through the “Why I March” campaign, I still struggled to express my mixed feelings about marching.

The morning of the march, I posted the following on Facebook:

#whyimarch does not easily come for me. My reasons for traveling to D.C. are complicated. I march with the weight that I did not do enough to prevent the 45th president. That as a white, cis, straight, able-bodied woman I have not done enough to support black, brown, LGBTQ, Muslim, immigrant and disabled women and communities in the past. To march is a privilege in many ways, due to cost, accessibility and the comfort that I will likely not be targeted during the protest by police or other agitators.

I reflect on all of this as I gear up to hit the streets of D.C.. #whyimarch owns the past, present and future versions of myself. Of who I’ve been, who I am right now and who I’m striving to become.

While I wavered about whether to march in D.C., I never wavered about the message I wanted to convey on my poster. I carried a beautiful, bright yellow Black Lives Matter sign created by Arizona based artist, Matice M. Moore. I received a lot of positive feedback from the predominately white crowd, but I heard several shouts of “your sign is racist” or “I don’t like your sign” from my fellow protestors. I was disappointed, but not surprised.

When I reflect on the Women’s March, I am making space for multiple, messy truths. Ultimately, I’m glad I went. I cannot begin to describe what it was like to be in a crowd alongside 500,000 people, chanting in unison, feeling the collective energy. As an empathic person, I was overwhelmed most of the day and I’ll likely be processing for weeks to come. It was healing to know so many of my loved ones were participating in simultaneous actions across the country. I held my loved ones who were not marching for the many varied and righteous reasons just as close.

I’ve also been listening closely to women of color about their experiences and reflections after the march. (Must read pieces here, here, and here) There is much to lift up, particularly how women of color felt uncomfortable and silenced during the march and the ways we celebrated zero arrests and a peaceful protest without critically examining how the crowd’s demographics played into the dynamics between police and the march. I’m watching online feminist spaces grapple with these truths and it is painful but so very necessary. As my friend E.R. Anderson always reminds me, loyalty to whiteness is treason to humanity.

My greatest take away from the Women’s March is one I already knew: when it comes to racial justice activism and activism in general, I am a giant work in progress. This blog is entitled A Striving Parent for a reason. I will forever be striving to do better, as I learn how to do better. Listening to women of color and folks from marginalized communities is crucial to create a political movement that is both inclusive and intersectional. The wisdom and experiences around resistance are there for all of us to learn from if we are willing to really listen.

For me, the march was a moment and an experience I’ll always remember. The real risks and the real work are yet to come. I must be ready to step up my participation in social and racial justice movements and show up in ways I have not before. Forward progress and pushing against my growing edges must always be the goal.

My resistance plan is to deepen my parent organizing for racial justice, increase my personal philanthropy by at least 10%, with a focus on grassroots, social justice organizing and educate and insert myself into local politics. What is your plan of action? Let’s get to work.