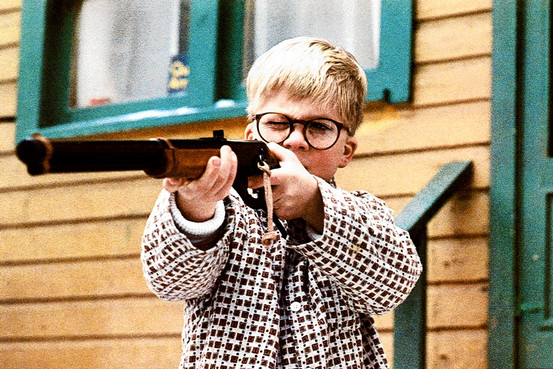 I grew up in a strict, no-guns allowed household. No real guns, no toy guns. Even squirt guns were off-limits. Neighborhood kids would leave their weapons at the edge of our yard before running up to ring our doorbell to ask if my sisters or I could play. My mom made zero apologies for being openly anti-gun. Now as an adult and parent myself, I find I’m taking a similar stance towards guns and gun play when it comes to my children.

Gun violence is an epidemic problem in our country. On average, 93 people are killed by guns every day. According to the Gun Violence Archive, 13 kids have suffered gun-related deaths in 2017. It’s January 10. Research supports fewer guns equal fewer deaths by guns. This makes sense to me and I wish it made sense to more people.

The mass shooting last week in Ft. Lauderdale generated so little outrage and attention, I felt sick about our society’s collective desensitization and complacency that allows gun violence to be part of the fabric of our lives. We all have blood on our hands.

To be honest, I thought raising children as an anti-gun parent would be straightforward and easy to do. Don’t let toy guns into your house, end of story. I was naive. Not allowing guns was an effective strategy for the first few years of my child’s life, but when our son turned three, everything changed.

He started to watch movies, which to our shock and dismay, often depicted gun violence. My son started school and joined a class with older children who were obsessed with Star Wars. He was a quick convert. I’ll never forget him coming home after his first day of school and sitting me down for an important talk. “Who is Darth Vader and what is a blaster?” he asked me, with eyes as wide as saucers.

Thus began our journey of navigating how to raise a little kid who gravitates towards gun play in an anti-gun house. He is now four and a half and our daughter, who is two, is being taught by the best.

Traversing this path is complicated and it’s definitely an uphill battle, because guns are everywhere. They are in friends’ houses (both toy and real guns). They are on TV. They are in movies. We can do our best to avoid guns in the media our children consume, but toys at friends houses and playground play are here to stay.

My son’s love of guns has surprised and challenged me, there’s no doubt. I’ve collected tons of feedback from teachers, friends and poured over articles the past year and a half to gain support and understanding on how to approach gun play with my kids. Here are five of the lessons I’ve learned so far:

1. The fact that our son doesn’t own any toy guns does not matter.

Anything and everything can be transformed into a gun through his imagination including, but not limited to, sticks, Legos, a bubble wand, his finger, a Spiderman figurine or a crayon. Points for creativity?

2. Banning gun play all together is not advised.

There is research to support when kids act out violence through play, they learn to regulate their impulses, which translates to less violent behavior in their day-to-day life. And of course, as parents, when we tell our children not to do something again and again, or make an activity taboo, like a moth to the flame, they gravitate towards that behavior.

3. Setting boundaries around gun play is appropriate and works.

Consent is a big topic in our house, so we instruct our son to ask for explicit permission prior to engaging in a game that incorporates guns. He often has to be reminded, but he’s learned to say, for instance, “Mommy, do you want to play Star Wars with me?” or “Mommy, do you want to be blasted?” How sweet, right? But the point is, we don’t want our kids to point objects at kids or adults and pretend to shoot them out of the blue. There needs to be consensus and consent before playing in this way.

4. Speaking about gun safety and sharing why I don’t like guns is important.

My son knows I don’t like guns. I’m very honest with him and share guns kill and hurt people in real life every day and that’s why I don’t always agree to participate in gun play. He’s gotten the message loud and clear. The other day he made up a song with the lyrics, “my parents don’t like guns, dun-dun-dun-dun-dun!” It was totally random and I loved it.

We also talk a lot about what to do if he ever sees a gun at a friend’s house. He can recite “I don’t touch it and I run and tell an adult immediately.” I’m not sure this would actually prevent him from checking out a gun if he ever saw one, which frightens me to no end, but I want him to understand the danger starting now. When he finds a toy gun at a friend’s house, to date, he has always come and told me, so perhaps he’s absorbing more than I think.

5. Standing firm on banning toy guns in our house is appropriate.

I don’t want toy guns in my house and I stand by this decision for all of the reasons I stated above. This is not always easy to achieve and I know it will probably get harder as my children become more autonomous in their decision-making and opinions, but I’m committed.

This holiday season, my son received a Star Wars character set with six figurines. A few of them had light sabers and a few had guns. Right when I saw the set, I told him we’d have to remove the guns before he could play with it. At first, he was really upset, but I stayed firm and he eventually agreed. He had no choice. Later that morning, he came up to me and gave me a little hand gun I had missed. I was really proud of him.

Over the weekend, he wailed, “I know you don’t like guns, but I do!” as we debated whether he could put a sticker of a Storm Trooper with a gun on a school project. We ultimately compromised after a hard-fought battle. He put the sticker on the project, but we covered up the gun with a smiley face sticker.

Most importantly, we are just starting to navigate how to talk with our adult friends and the parents of our son’s friends about whether they keep guns in the home and if so, how they are stored. It can be awkward, especially if they do keep guns in the home, but I’m committed to having conversations about guns and gun safety with the people our children spend time with. The best way to keep my kids safe from gun violence is to keep them away from guns. Period.

How do you handle guns and gun play in your house?

For those of you wanting to get involved in the fight for common sense gun laws, please follow Moms Demand Action for Gun Sense in America and Everytown for Gun Safety .