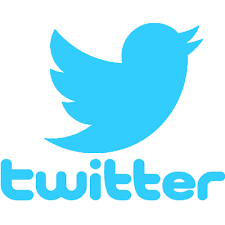 I don’t know about y’all, but staying informed when it comes to news and current events often feels like a full-time job. As a mom to two active children, I rarely finish a cup of coffee while it’s hot let alone find several uninterrupted hours to spend diving into the news in a thoughtful way. Yet in order to stay true to the primary tenant of this blog, which is to raise socially conscious children, I need to make sure I am socially aware myself. Over time, I’ve learned that I cannot rely on mainstream media as my only avenue for news. I have to seek alternative sources that shed light on the untold stories in this country.

Prior to starting this blog, I got my news through a subscription to The Skimm, a daily email newsletter that is sent Monday through Friday. I’d also read CNN and The New York Times online front pages when time permitted. At first, I enjoyed The Skimm because it’s a quick read (which is always appreciated), it’s marketed towards women, and it’s infused with humor. As I became more informed on the news of the world, however, I increasingly felt offended as a reader and as a woman. The blending of funny rhetoric alongside stories like the Planned Parenthood Shooting or the civic unrest around police violence were grating. When hard news is packaged in a fluffy way, what’s the message being sent? That I, as a woman, am incapable of reading the news unless it’s molded into a light-hearted sound bite. Thanks, but no thanks. What at first attracted me to The Skimm ultimately repelled me.

I quickly realized the onus was on me to seek out stories relevant to racial and social justice that are often not covered on mainstream news sources like CNN or The New York Times. I now use Twitter as my primary news source and to stay current on stories that have fallen out of the limelight. For instance, I had to search hashtags to access updates on the Daniel Holtzclaw trial. The story was picked up nationally, then went to local coverage and only resurfaced when Holtzclaw was found partially guilty. I continuously work to curate a specific group of individuals and organizations to follow on Twitter, including Black Lives Matter activists, Showing Up For Racial Justice, Al Jazeera, Slate, Color Lines, BBC News, and so on.

What makes Twitter great is also what makes it problematic. Information is shared so quickly that facts can be misreported and misinformation can spread like wild-fire. On my feed, there are on the ground reports from protests, links to articles as well as personal musings by users. It’s nearly impossible to stay current unless I constantly check my feed. I can’t (and won’t) sit on my phone all day because then I would be disconnected from my kids, so when I log on after they go to bed I’m often overwhelmed by the amount of content to sift through.

Despite these drawbacks, it is through Twitter that I have learned about countless stories hours, and even days, before I see them on major news outlets, if they appear at all. Twitter is clearly a force to be reckoned with and a powerful tool for staying informed. As a parent, however, I struggle with the instantaneous aspect of the platform.

So where does that leave me? How am I supposed to stay informed around the issues that matter to me? Where can I direct my frustration, and at times outrage, on how mainstream media covers the news in our country? Recently, I wrote about not looking away from all the ugliness portrayed in the news, but the reality is I have to put in work to find out what is happening in the first place. News broadcasts rely on ratings, and how can that not skew and bias the content being shared? I’ve become a skeptical consumer of the news.

The fervor around stories like the San Bernardino shooting versus the comparative silence around the Planned Parenthood shooting or the fact that the Daniel Holtzclaw trial didn’t receive national media coverage but, for instance, the Casey Anthony trial did, really gets under my skin. It feels as if I am being spoon fed narratives and if stories don’t fit within that narrative, they are ignored. Donald Trump’s lead in the Republican polls also seems to highlight how little truth is valued in this country. The majority of Americans are not going to work overtime to comb the web for information and news that isn’t readily available. Thus, as a society, we consume what we are shown; a highly edited, highly spun narrative and this scares the bejeezies out of me.

I know that seeking out alternative news sources is a must. Mainstream media cannot, or will not, cover all the stories that are important for me to know about. However, I do wish there was an easier and quicker way to access the news I want outside of Twitter.

What are your strategies for staying up on racial and social justice? Is Twitter really the best avenue? If you use the platform, who do you follow? I would love to hear your strategies and success stories if you have them!

2 thoughts on “The need for alternative news sources”